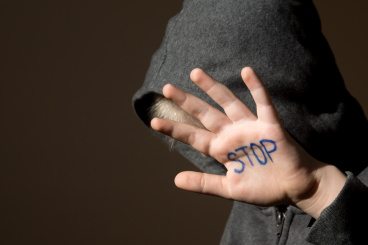 Whether it is a Florida sex offender, or a Minnesota sex offender, or any other state in the great country of the United States, it always leaves an ugly stain when convicted sex offenders strike again and hurt more victims. This article touches on one of the most sensitive topics in our country, sexual abuse. Even if the abuser was sexually abused as a child themselves, it is no excuse to keep the abuse alive by abusing other children.

Sex offender registries are in place so that parents and guardians can get an idea of the kind of people that live around them or the areas that their loved ones like to hang out. The truth, in many cases, is enough to alert parents of could-be dangers that may be lurking just under the surface, or right up the street. Sex offender registries are there for your protection. You should use them as much as you possibly can in order to stay informed about potential threats in your area.

On September 6, 2016, sexual predator Danny Heinrich confessed to kidnapping, sexually abusing, killing, and burying Jacob Wetterling 27 years earlier. He would later rebury the child’s remains in the same spot where he himself was molested as an adolescent.

Minnesota, 1989, three young boys under the age of 12 – Jacob Wetterling, his younger brother, and his friend – were riding their bicycles home from a local videotape rental store. Only two of them made it home that day.

Nearly three decades later, a mystery is finally solved, but there’s a twist to this nightmare of a story.  Danny Heinrich, who confessed to the assault, was sexually assaulted as a young man by a notorious sexual predator known as Duey or Duane Hart.

Duane Hart entered Heinrich’s life around the time his parents divorced. Hart, 30, was twice Heinrich’s age when he started dating his mother in the ‘70s.

Two of Hart’s victims, Brad Froelich and Dan Garvick, claim that Heinrich was also molested in the same spot they were, just outside of Paynesville. The same place where Heinrich would later bury Jacob Wetterling.

“I believe Duane brought Danny here to molest him many times,” said Garvick.

Hart was once a suspect in the Jacob Wetterling case, as well. During an interview with a private detective while in custody, Hart listed Danny Heinrich as one of his many victims.

Jacob Wetterling was brutally murdered, but his death did not go in vain. Five years after his abduction, thanks to efforts made by the Wetterling family, the Wetterling Act was passed. It was the first law to institute a state sex-offender registry. Since then, his parents Patty and Jerry Wetterling have dedicated themselves to making the world a safe place for kids.

***Registered Offenders List is a free online resource that strives to offer helpful content and resources to its visitors regarding registered sex offenders that live near you.